PGA’s 2021 National Club Championship will play host to the country’s top amateur club champions this December in Palm Springs, CA. All amateur champions who win their 2021 club championship, at a course with a PGA Professional, will earn a coveted invitation to the year-end championship. Competition rounds will be held on PGA WEST Stadium Course, Indian Wells Celebrity Course, and Desert Willow Firecliff Course.

“The Southern California Section is excited to play host to the PGA’s 2021 National Club Championship in Palm Springs. We are thrilled to welcome over 600 of the best amateur 2021 club champions from across the country.  These courses will be a true test,” said SCPGA President, Robin Shelton. 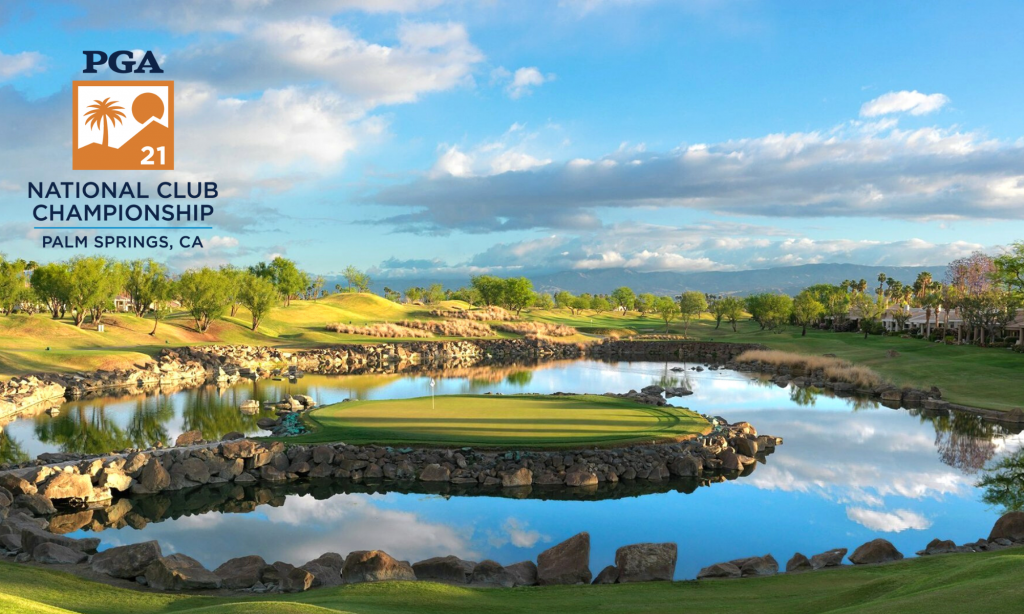 Do you know a club champion?  You can now submit 2021 Club Champions to ensure they receive the invitation to the PGA’s 2021 National Club Championship.

If you have questions about the championship contact Matt Weinberger at mweinberger@pgahq.co

The first ever PGA National Club Championship was an amazing event at Pinehurst Resort hosted by Nextgengolf, a subsidiary of the PGA of America. Nextgengolf was acquired by the PGA in April of 2019 and has three business lines that help grow the game of golf in different areas providing a path for amateur golfers to compete from high school to college and beyond.

Did you know that you can play Whistling Straits 3 weeks before the Ryder Cup? The City Tour hosts weekend golf tournaments for amateur golfers 21+ in 28 major cities throughout the country. These co-ed, team based events give the opportunity to choose between scramble and best ball formats making it inviting for all skill levels. This year there will be approximately 100 local tournaments, all of which act as a qualifier for the City Tour Championship which will be held at Whistling Straits, 3 weeks prior to the Ryder Cup. There are no handicaps required and you can sign up as a team (4-6 players) or a free agent and we will pair you up. Most teams are groups of friends, co-workers, or club members who team up to represent their golf facility. Check out the local schedule to find tournaments near you to get a chance to be one of the last groups to play Whistling Straits before the pro’s.

The NCCGA (National Collegiate Club Golf Association) provides the opportunity for anyone to play college golf. Whether you attend your dream school or a small local university, over 400 schools have club golf teams that compete in both the spring and fall. Over 93% of high school golfers will not play varsity college golf at any level. Club golf provides every student at any school the opportunity to play and compete. Each season has local tournaments that teams and individuals can compete in leading up to each semester’s National Championship. All swings are welcome in club golf regardless of skill, location or gender. Even if your school does not have a club golf team, students can play as individuals.

To learn more about what Nextgengolf has to offer for amateur golfers, please visit nextgengolf.org, highschoolgolf.org or reach out to Matt Weinberger at matt@nextgengolf.org.

We are excited for the 2021 PGA National Club Championship at Pinehurst Resort.  In preparation for the event, we felt it would be important to explain how the event will be operated given the unique nature of Covid-19.  Below you will find the Event Plan as well as the Operational Guidelines with Covid-19 considerations.  The PGA team is looking forward to a great event and we are here to help you prepare.  Reach out to Matt Weinberger at mweinberger@pgahq.com with any questions.

The PGA staff asks that you take the following precautions:

Bob Harrison, PGA Professional at Clovernook Country Club in Cincinnati for over 40 years, played a very large role in my first and most prized club championship victory.  If you walk around Clovernook and talk to members there, they would have nothing but great things to say about Bob.  Bob like many PGA Professionals help create champions by offering simple golf tips. This story highlights how Bob made a major impact on my life and helped me to win the club championship.

The night before the semi-final match is something I will never forget.  While practicing at the course the day before the event, I “forgot” how to hit my normal draw.  We have all been there to one extent or another, but it was a panicked 20 year old version of myself that went to Bob after the round and told him I was lost.  Bob, in his normal calm demeanor, said “Matt, let’s walk out to the 7th hole and hit a few balls.”  As I think about this story it makes me think of the Harvey Penick books with simple golf tips I used to listen to on tape with my grandpa as I learned about the game of golf.

We got out to the 7th hole.  At that time, there wasn’t much of a range at Clovernook.  Most people taking lessons would hit shots from next to 7 tee down to along the 1st fairway – I had taken several lessons at this very spot with Bob the past couple years.  This time, Bob had something different in mind.  We walked up to the 7th tee instead.  The 7th hole is a hard dog leg left – Bob told me to hit my 3 wood and hit my normal draw.  I struggled and continued to block my shots out.  He said try something, make yourself feel like you are taking your normal backswing but when you come down, hit the ball at 7pm on a clock and finish coming through the ball at 11pm…something like this:

All of a sudden, I could hit my normal ball flight.  As the sun went down and I prepped for the final rounds, I felt prepared.  I won the semi-final match a couple up and during the final 36 hole match, I was able to think about the simple golf tip “7 to 11 o’clock” time and time again (no pun intended).  On the final hole I won the Club Championship 1 up.

After winning the club championship, I asked Bob where he came up with the 7 to 11 method.  He told me something to the effect of “the 7 to 11 didn’t mean anything, it just gave you something to think about so you could play your game.”  Bob was such a thoughtful PGA coach and it shows through his ability to think outside of the box to help his players and offer a simple golf tip when they need it the most.  PGA Coach Stories like this are plentiful and to this day I cherish the time I had to spend with Bob Harrison.

After writing this article I received the news that Bob passed away on June 4th, 2020 at the age of 79.  I cannot say how great of a man Bob was and how he will be missed by many.  It makes me proud to share this story as I know Bob impacted many more in similar ways. RIP Bob